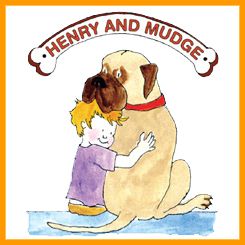 Synopsis:
Moving from the city to a new house in the country can be tough. Just ask Henry. He misses Annie, his cousin and best friend, and can’t find a playmate in his new neighborhood. Luckily Mom and Dad buy him a great, big, slobbery dog – Mudge – with whom he can share all kinds of adventures. It looks like Henry and Mudge will be best friends forever, until Annie arrives for a visit. Will Annie come between a boy and his dog? Can a kid have two best friends?

Production History:
Henry & Mudge opened Off-Broadway at the Lucille Lortel Theatre on December, 17 2006. The cast featured Jennifer Cody as Annie, Patrick Boll as Dad, Joseph A. Morales as Henry, Joan Hess as Mom and Todd Buonopane as Mudge. The production was directed by Peter Flynn, choreographed by Devanand Janki and produced by TheatreworksUSA. It will be available for licensing in 2019.

"A splendid one hour of music, laughter, life lessons and the art of putting on a show." - The New York Times

“TheatreworksUSA has done it again. They have produced a five character musical for children and their parents that is thoroughly entertaining, spiritedly acted and well sung, lively, funny and short. Henry and Mudge – an adorable story about a boy and his dog and his cousin – with a quick witted book and smart lyrics by Kait Kerrigan and peppy, jazzy music by Bree Lowdermilk is lots of fun.”

“Kait Kerrigan’s forthright book pulls no punches when it comes to children’s (and dogs’) feelings, and the songs (by Kerrigan and the composer Bree Lowdermilk) transport the audience still deeper into Henry’s childhood world: a sweet, slightly uncertain place, with a scary forest just beyond the picket fence.”
The New Yorker

“Any opportunity to see a Kerrigan-Lowdermilk musical is worth savoring. Perhaps the most important young writers in musical theatre today, they have a gift for connection and emotional insight not matched by many of their colleagues, and it manifests itself as completely in Henry and Mudge as in their adult shows; the depth of the relationship that develops between boy and dog in merely an hour is remarkable, and if you’re moved to tears by their realizing their feelings for each other – well, you’re not alone.”
Talkin’ Broadway