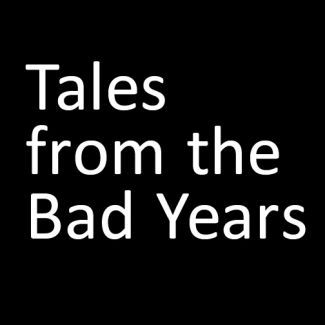 Tales from the Bad Years

by Kait Kerrigan and Bree Lowdermilk

Tales from the Bad Years is a new musical about a group of interconnected acquaintances and strangers who enter their twenties with great expectations. Over the course of the show, these twelve individuals collide and eventually even begin to connect and grow up. They experience love lost and first mistakes and a party to end all parties. There's no doubt that the bad years make the best stories.

Notable Songs:
Avalanche, The Bad Years, Holding On, Last Week's Alcohol, Not Her Way, Not a Love Story, Party Worth Crashing, Twenty-Something, Two Strangers, Where Did We Go Wrong, The World Is Ending