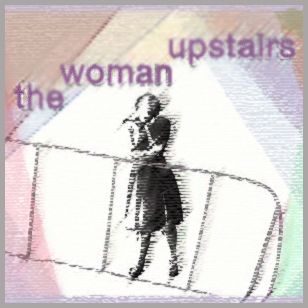 Synopsis:
When mousy grad student Helen Morton first moves to New York, she is overwhelmed by the noise. Even though she’s moved to the city to write her dissertation on noise, its constant, loud, and overwhelming presence is more than she bargained for. It doesn’t help that her downstairs neighbor is a violinist who plays at all hours, or that her landlady gets drunk and sits on their front stoop, talking loudly to anyone who’ll listen. It also doesn’t help that her dissertation advisor seems to be out to get her. Helen has never felt more beleaguered by people and sounds, and at the same time, she’s never felt more alone in the world. The Woman Upstairs weaves university politics, neighbor relations, and coming of age into tapestry of 8 million people. But at the heart of it, it’s simply an old-fashioned romance between a physicist and the sounds of the city she learns to love.

Reviews:
“Sometimes, a musical comes along that announces itself from its first few notes as something very, very special… Overtones are being created, individual threads of music are weaving together to form a tapestry of emotion and sense of place that overcomes you like a wave crashing against the rocks. The sound is New York, and it’s as familiar as the constant rush of the sound of the streets, but simultaneously invigorating and musically new.”
Talkin’ Broadway

“Jot down the name Bree Lowdermilk, the composer-lyricist who has written the astonishing score for The Woman Upstairs. Incorporating additional lyrics by director-librettist Kait Kerrigan, Lowdermilk has tossed out a cornucopia of melodies and counter-melodies that rocket him upward on the list of people who are pointing to exciting new directions for the book musical.”
Theater Mania

“This week’s New York Musical Theater Festival seems like an open audition for an heir to the astoundingly successful Rent. The sweet music of Bree Lowdermilk’s The Woman Upstairs – a tale of antagonistic Greenwich Village neighbors who find romance in close quarters — has a decidedly ‘Seasons of Love’ quality.”
The New York Times

“Still waiting for wide recognition is the season’s best musical, which almost no one saw. The Woman Upstairs…is the type of brilliant show that, on paper, seems ridiculous: the anti-romantic, barely plotted posturings of a music-hating physicist and the blind violinist who lives in the apartment below. How could such a show possibly work? In most writers’ hands, it couldn’t. But the two writers hit upon the only way to make a story like this play: Set it against the ever-bustling backdrop of New York City.”
Talkin’ Broadway 2004-05 Season Wrap Up