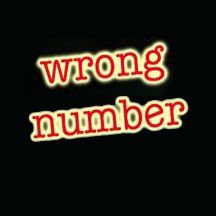 You awaken to the sound of your telephone ringing. A mysterious voice on the line says that he’s kidnapped your child. There’s only one problem: you don’t have a child. Do you set out to rescue the kid anyway or roll over and go back to sleep? This is the first of many choices the audience will make in this musical where the audience decides the hero’s fate.

Our hero is Johnny Einstein, a recent MIT grad who has been spending the last few years “finding himself.” The call comes in the middle of the afternoon when Johnny's taking an after-breakfast nap. The kidnapper says that a little girl named Dakota is going to be killed if he doesn’t follow the kidnapper’s instructions. Johnny has to decide if he wants to get involved even though the kidnapper clearly has the wrong number. Thus begins an avalanche of escalating decisions (all made by the audience because, obviously, Johnny is paralyzed by the process of decision-making) that slowly transform a brilliant but understimulated slacker into passionate action hero.

Wrong Number was presented at the 45th Street Theatre (345 West 45th Street) from September 19 - 28, 2005 as part of the 2nd Annual New York Musical Theatre Festival. It was an ambitious, some might say crazy work, commissioned and developed with the Upright Citizens Brigade Theatre, partially through improvisation and partially through a written process. The concept and script of Wrong Number was developed through a month-long improvisational workshop with director Bree Fountain and seven members of the UCBT improv troupe. The show evolved into an action-adventure "choose-your-own-adventure"-style musical and the plot is determined each night by choices made by the audience with 18 different possible shows that an audience can possibly see.

Since NYMF, Kait and Bree did just one table read of WRONG NUMBER with Cap 21, when the team determined that theater technology wasn't quite ready for them and their kooky ideas and they went back to other projects. That said, if you are a tech company who loves musicals or a musical production company who loves tech, we'd love to talk to you about what we think this brilliant mess of a musical could be.